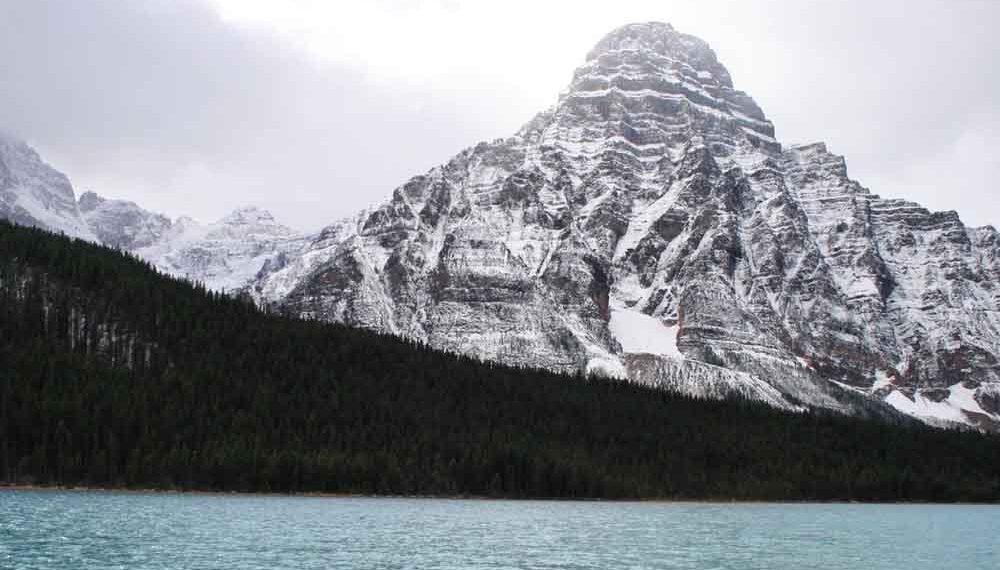 Despite a week shortened by the holiday in the United States and Japan, stocks, bonds, and commodities unanimously signaled growing optimism about the growth of economic activity in 2021. 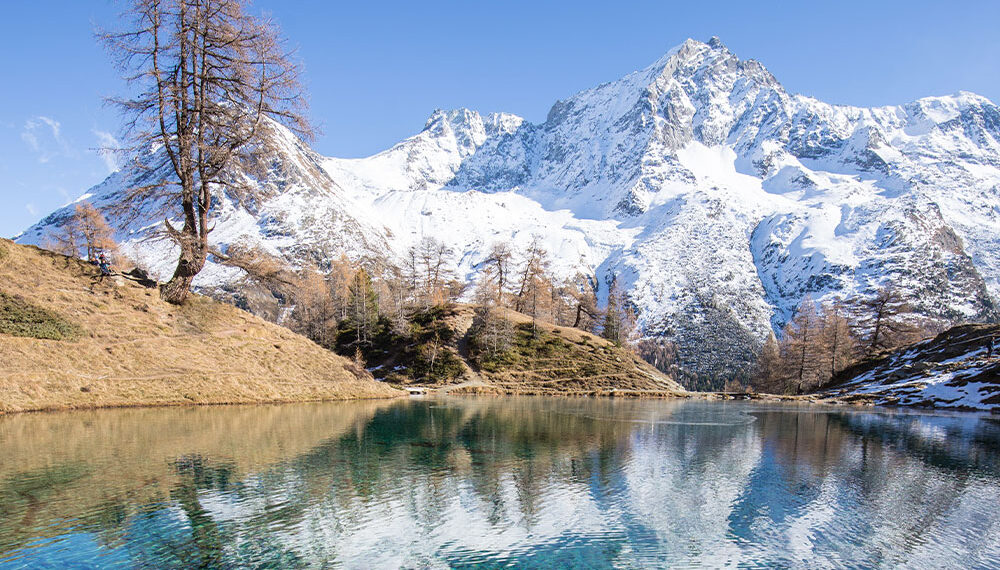 The pandemic continues to be front page news with the potential for vaccinations to start within two weeks! The FDA is to meet to decide the emergency use application for Pfizer’s vaccine on Dec. 10. The Operation Warp Speed group said they will be ready to have the vaccine for front line workers within 1-2 days after, potentially meaning December 12-15 to start vaccinations if the FDA decides quickly.

The Nasdaq was one of the stronger markets in the world which broke a 3-week stretch of underperformance. A lot of new leadership names started to move higher. The US Dollar broke below support and closed below 92. As I mentioned last week, if the dollar breaks down it should be extremely bullish commodities. Copper and Oil soared on the week. Copper roared, absolutely roared ahead. It didn’t bother to pause at resistance, it just put it in the rear-view mirror. Pictured left is Caterpillar equipment at a huge copper mine. I want to get moving on Copper trades even more.

An almost confirming fact of the optimism coming through from the vaccines is the selling off of gold, gold miners, silver and silver miners while the dollar dropped. I mentioned last week that Gold had not been performing well with the dropping dollar. To top it off, the $VIX dropped to new post-COVID lows. The macro chart package sets up this beautiful backdrop for foreign investment ideas and commodities to be intertwined with tech exposure for the first time in a long time. This comes after a new thrust in the 4th quarter of 2019 stalled with COVID. That push started as the trade tennis between the US and China eased.

Summary: I am bullish and am invested as the SSIH suggests being invested. Financials, industrial metals, energy and electric vehicle trades all look promising. Foreign market exposure can help with a dropping dollar. We are still testing prior highs, so breakouts need to hold. The $SPX and small caps closed at highs. The $NDX posted the highest weekly close, but not above Sept intraday highs.

Let’s jump into the charts. Click below to view the full PDF article. 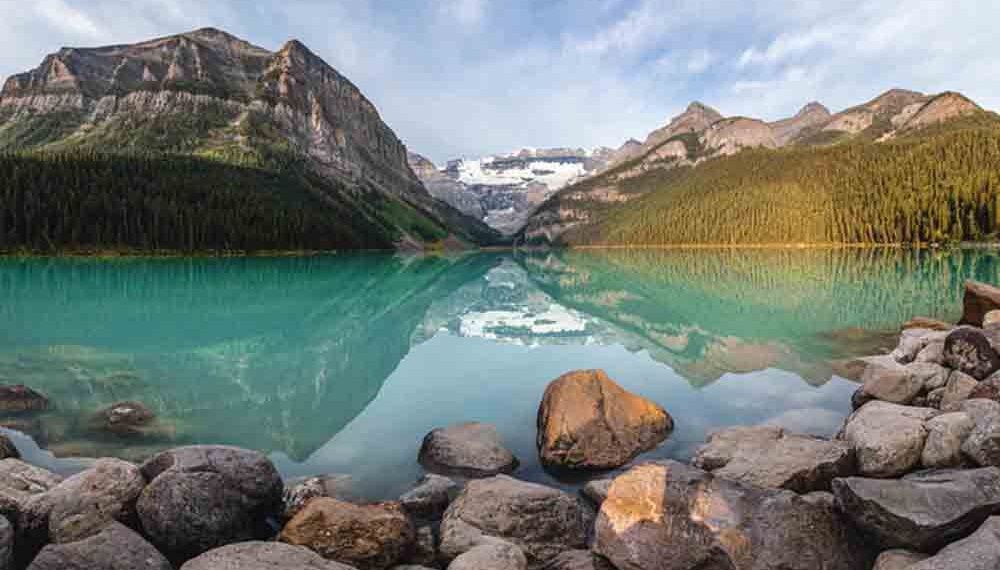 The wave of encouraging news pushed several stock market indices-including the S&P 500, the Dow Jones Industrial Average, and the MSCI All-Country World Index-to historic highs. However, both the S&P 500 (-0.77%) and Dow Jones (-0.73%) declined to end the week lower, as tightening restrictions in.. 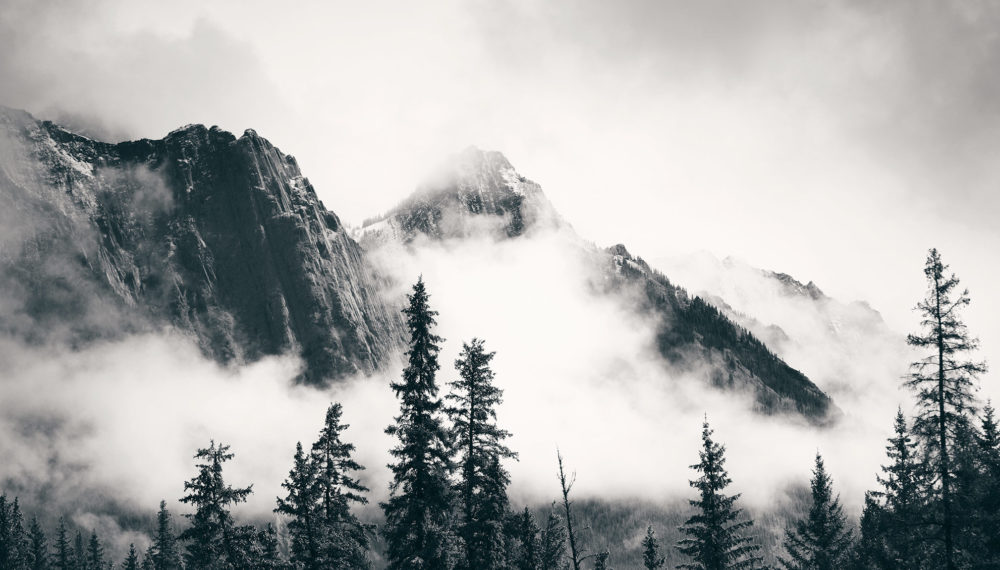 The pandemic continues to be front page news. The FDA is to meet to decide the emergency use application for Pfizer’s vaccine on Dec. 10. The Operation Warp Speed group said they will be ready to have the vaccine for front line workers within 1-2 days after, potentially meaning December 12-15 to start vaccinations if the FDA decides quickly. Apparently they have been getting streams of data for a while on three different aspects. Early testing on animals, the manufacturing process, and now the final stage, Phase 3 testing. No doubt, they are already reading the application filed Friday. Just to set a baseline expectation, the normal approval process of a new vaccine can take about a decade. We would hope they don’t need a couple of months. We’ll leave that exciting news there.

The Nasdaq was one of the weakest markets in the world, for a second week in a row. A big positive push globally and the Nasdaq was flat. Is this just a rotation into commodities and rest of world, so money is leaving the Nasdaq in an orderly fashion, or a dire warning? It continues to be a must watch situation. The rally was global this week (see the last table in the market summary) with the exception of the USA. Breadth still held up as retail soared, and the energy names continued to rally in a commodity wave. Lots of bullish news on the commodity front and the fact that the Canadian market continued to break out above major resistance levels, suggests commodities going much higher.

As the US Dollar continues to stutter on support above 92, the way the rest of the charts are behaving, it looks like a lower dollar is the next wave. Crude oil breaking above $43.75 would probably coincide with a dollar breaking down. Copper breaking to new 7-year highs (set up this week!) would probably be based on a change in the dollar.

Summary: I am bullish and am invested as the SSIH suggests being invested. I am watching to understand the changing landscape on tech. Financials, industrial metals, energy and Electric vehicle trades all look promising. We are testing prior highs, so breakouts need to hold. The SPX slipped below the breakout level to close the week. I’ll call that annoying on Options Expiration Day.

Let’s jump into the charts. Click below to view the full PDF. 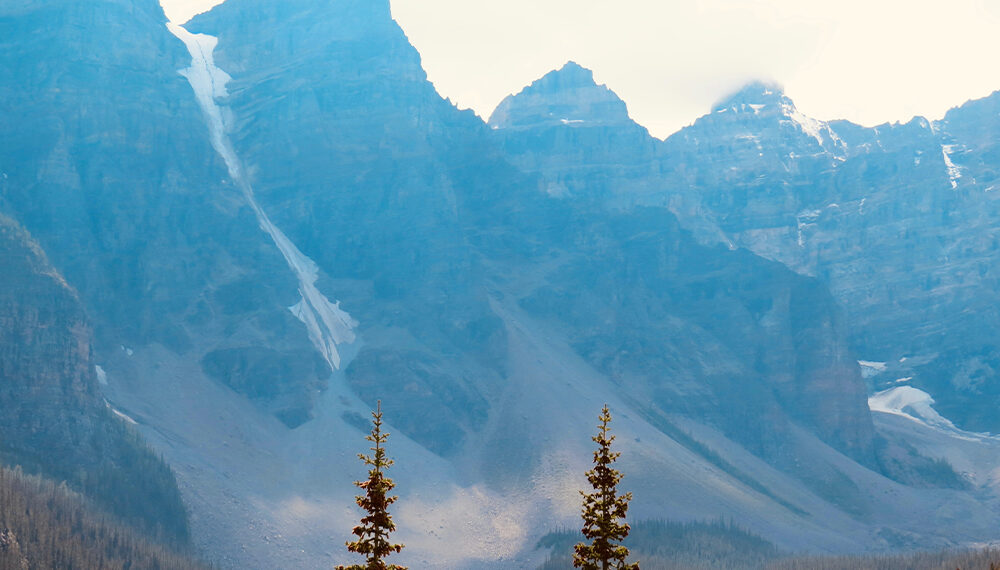 2020 will no doubt go down as one of the most monumentally disruptive and headline-intense years on record. Nonetheless, even a global pandemic is no excuse not to get your planning ducks in a row and consider ways to economize on taxes and plan your wealth strategies for the 2020 year end. As we enter the final weeks of 2020, we’ve listed a few helpful strategies that may be useful across..

The positive implications of an effective vaccine for economic growth triggered gains of more than 2% for the Canadian stock index, despite fears that a Biden administration in the United States would cancel the permit for the Keystone XL pipeline.

As the election slides behind, the pandemic moves to the front. This week the news of a highly effective vaccine started the markets off with a bang. The promise of a vaccine that could eliminate the Covid affect on humans is meaningful. Much like the picture below, we can see where we want to get to, but getting there won’t be smooth. The vaccine with such high efficacy rates
was definitely the start of a bridge to a more normal world. The hurdle now is the spiking Covid condition now.

For the most part the rally continued from the prior week. Without getting into all the details in the summary here, the real odd part was the Nasdaq was the worst performing market index I track in the last table in the newsletter and it happened on an up week. All the other data was remarkably supportive of higher prices, but a waning Nasdaq 100 leaves me suspicious.

Indexes around the world and some of the ETF’s also soared to new highs. On the monthly conference call, I worked through a lot of the top industry groups and many were breaking above resistance. SO much of that continued. I will say that all five defensive sectors (XLP, XLV, XLU, XLF, XLRE) all broke out and held this week. One of the harder weeks to decipher whats going on when tech and discretionary didn’t on a big week.

Summary: I am bullish and am invested as the SSIH suggests being invested. I am watching to understand the changing landscape on tech. Financials, industrial metals, energy and Electric vehicle trades all look promising. We are testing prior highs, so breakouts need to hold.

Let’s jump into the charts. Click below to view the full PDF version.

In addition to the election results, early data suggesting that German pharmaceutical giant Pfizer has developed a safe and effective vaccine for COVID-19 is driving the markets today. For more information on this vaccine candidate 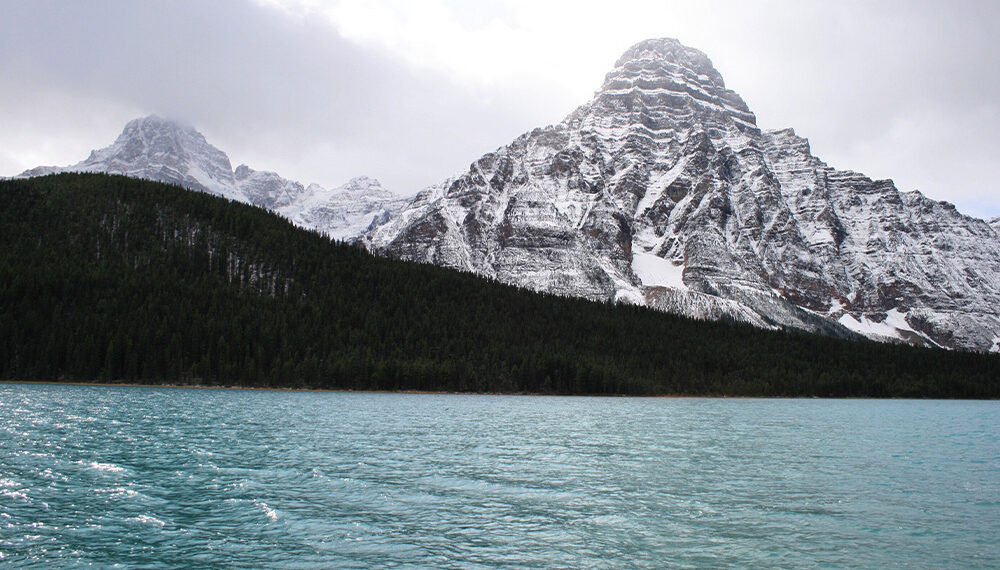 Quarterly Newsletter: Ready for retirement? How to find out before you do it

When the time comes, will you be ready? The transition to retirement can be a real challenge for many of us. In fact, a 2019 poll by a major Canadian fi nancial institution found that more than a quarter (27 percent) of retired Canadians regret retiring and an almost equal number (23 percent) have tried re-entering the labour market.

Click below to read the full version of our newsletter. 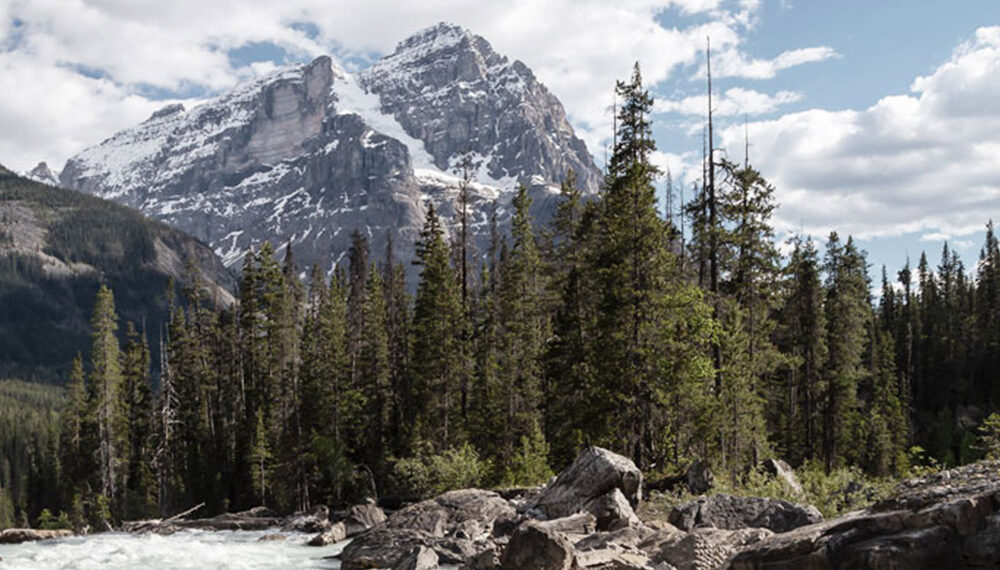 There were massive amounts of votes counted (146 million) as the stock market also showed some exuberance, with the NASDAQ 100 ($NDX) closing up 9%! The $NDX market rallied up to the highest close ever. The thrust was in every sector, and the market accelerated in a pattern similar to the election launch of 4 years ago.

As the Schnell Strength Indicator suggested, we were in the bottom quartile and to be on the lookout for rallies. I mentioned on the weekend review, that although the market closed lower on Friday compared to Thursday, the faster indicators were already moving up off the lowest levels. It was a great set up for a huge surge! While two of the three indicators are already moving higher this week, the third one will pick up quickly if we have any continued improvement.

Indexes around the world and some of the ETF’s also soared to new highs. On the monthly conference call, I worked through a lot of the top industry groups and many were breaking above resistance this week. The combination of US charts like the Nasdaq 100, the emerging markets, Japan, copper, rare earth metals, the Yen, all breaking out this week, reinforce the concept of a new initiation thrust.

Summary: The election rally started Monday morning and continued all week. Friday was a sideways move but consolidating a massive move is not uncommon. Commodities are trying to break higher. The video covers all the charts, but the industrial and rare earth metals are moving up nicely. Based on the volume, the size of the move, the breadth of different sectors moving make it a pretty compelling place to be finding nice setups. Follow the daily setups by Dwight on the website for more ideas.

Let’s jump into the charts. Click below to view the full PDF.