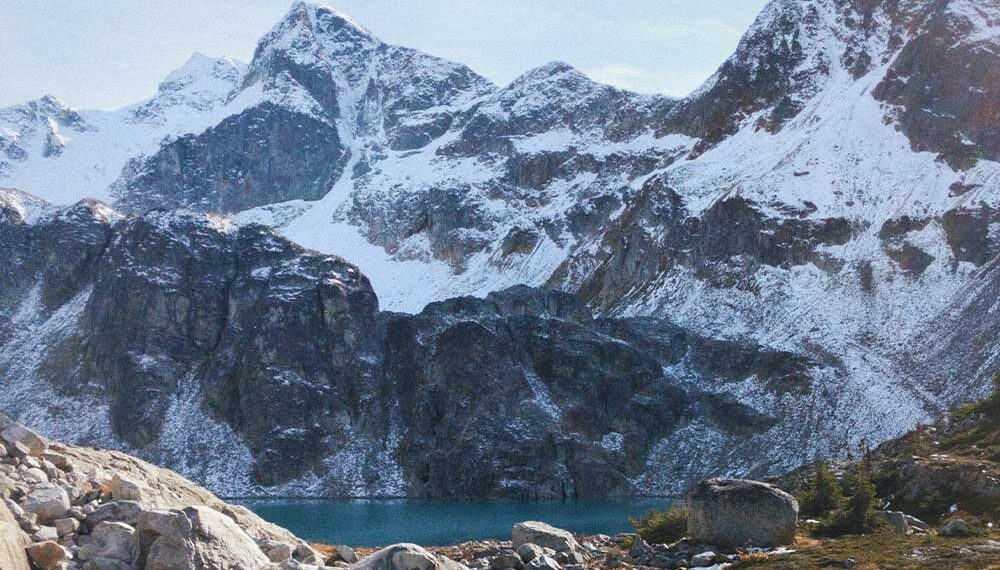 Technology weighed heavily on the S&P 500 as fast growing tech companies are especially sensitive to inflation pressures, as most of their value derives from future earnings. 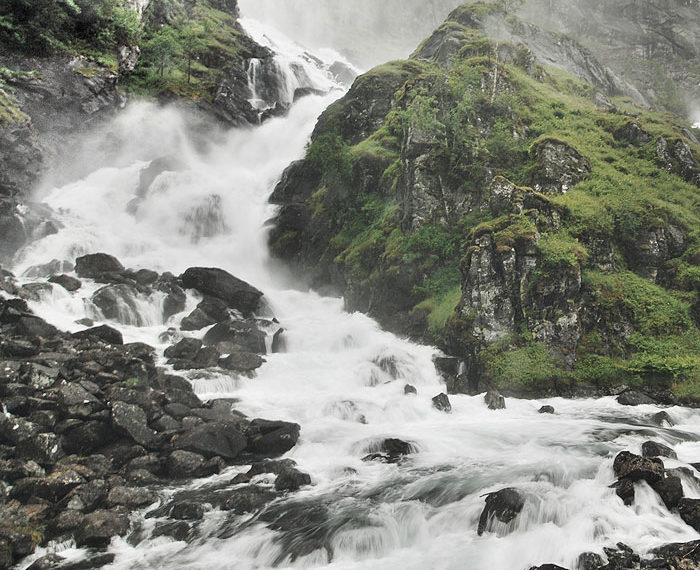 The market continues to change its center axis. During the worst parts of the pandemic, the market was rewarding the high-tech names. The Nasdaq was one of the weakest indexes in the world this week. The rotation to Industrials, materials, energy and finance seems to be bringing those sectors forward. While the indexes might not have been advancing this week, the old economy names were. As the strength index weakens again, my focus is on the global commodity boom.

The US rollout is on pace to have 20% of the eligible population vaccinated with one shot this week. The vaccine results from Israel are very promising and provides real hope for the rest of the world. Isreal has vaccinated 47% of their population. The number of cases, hospitalizations and deaths are dropping fast. This doctor has positive news for the summer. The vaccine is a bridge to brighter days. JNJ’s vaccine could be approved in the next few weeks.

Crude oil hit new highs this week, but settled back to close down slightly on the week. Gasoline and Diesel moved higher as Texas refinery closures will put pressure on finished product availability. This has happened before during hurricanes. Frozen pipes are a bigger issue, but these big refineries will be back up as soon as possible. While the oil market may pause here, we don’t have enough new drilling globally to stop the inventory slide. The inventory trend is tightening, and continues to point to lower supplies.

Financials had another big week on the back of the move in yields. Broker/dealers soared. The KBE bank ETF broke to new 5 year highs. As the move in yields still has room to move, this might be a nice area to think about as it breaks above recent consolidation. I covered this off on the video.

Copper and industrial metals had a big week as the industrial ETF XLI and transports broke out to new highs as well. This area looks fantastic. Agriculture looks good too. The materials ETF XLB showed a big pop on Friday.

Summary: I continue to like the commodity trades as that matches with the inflation the Fed is trying to create. The backdrop in the USA is bullish, as things are improving. It also sounds like more stimulus is coming. The indexes took the week off in the USA, but Asia continues to lead globally. Asia is the biggest buyer of commodities. Let’s hit the charts. 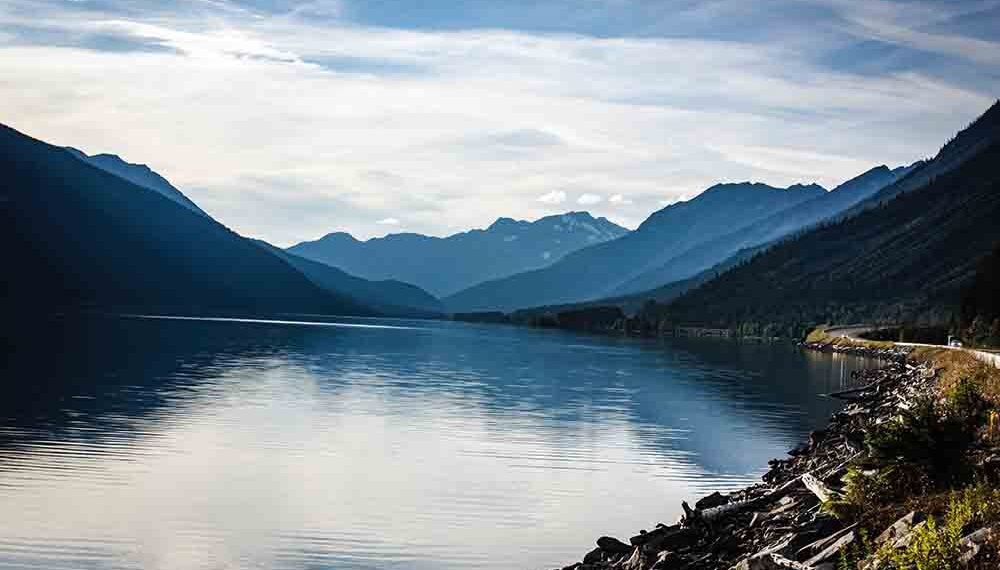 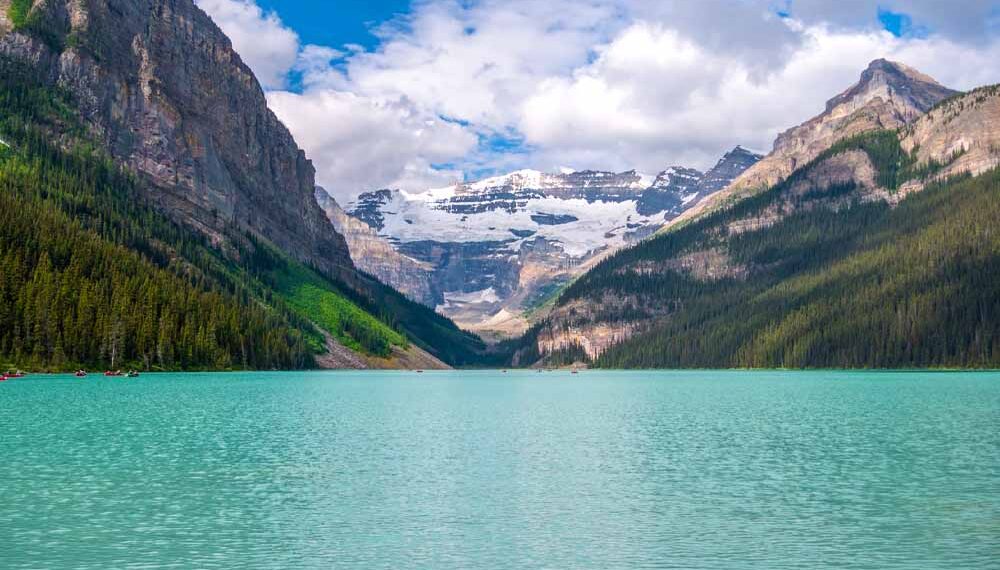 The market soared through the presidential election, the storming of the capitol, the second impeachment, and the subsequent finalization of that 3-month period. Amazing in hindsight. Since the first day of November, the markets have been very bouyant. The Nasdaq volume, particularly bouyant. Record setting in fact. Again! While the Nasdaq volume and price continues to soar, the $SPX had it’s lowest volume since August, with the Christmas and Thanksgiving period lower * but we see those periods as normally low volume. The current rift between large cap volume and Nasdaq bizarre volumes goes into my analysis as cautionary for the current memes of clean-tech and biotech. We might also find the news media focusing more on the economy, rather than the gamification of stocks here.

The US rollout is going extremely well now, with a 7-day average of 1.66 Million/day (11Million/week). Just to help understand how good that is, the Canadian population is increasingly frustrated, falling to #52 on the world ranking for vaccine rollout. Tim Horton’s, the Canadian Coffee company, used to have an annual promotion called “Rol-l-l up the rim to win”. The Cdn vaccine rollout is now a joke as the picture suggests. Congrats for the rollout speed in the USA. I think the strong performance of the US vaccine is supplying the continued strength in the markets even at high sales/stock price ratios.

Crude oil made another new 52-week high and energy was the top sector of the week. While I am bullish liquid energy (oil, gas, diesel, natgas) over the near term, I am also bullish over the annual time frame as long as we don’t get a new virus strain that roils the world. A dramatic shortage of capital is constraining new drilling as old reservoirs deplete. This will eventually balance (2022?) but currently it looks very supportive of higher prices. So does OPEC throttling production.

Financials had another big week on the back of the move in yields. Broker/dealers soared. The KBE bank ETF is close to new 5 year highs. As the move in yields still has room to move, this might be a nice area to think about as it breaks above recent consolidation.

Summary: I continue to like the commodity trades as that matches with the inflation the Fed is trying to create. The backdrop in the USA is bullish, as things are improving. It also sounds like more stimulus is coming. Happily, the political focus will diminish for now.

I spent the Sunday with the family for Valentine’s Day. That created a newsletter delay. Let’s hit the charts. 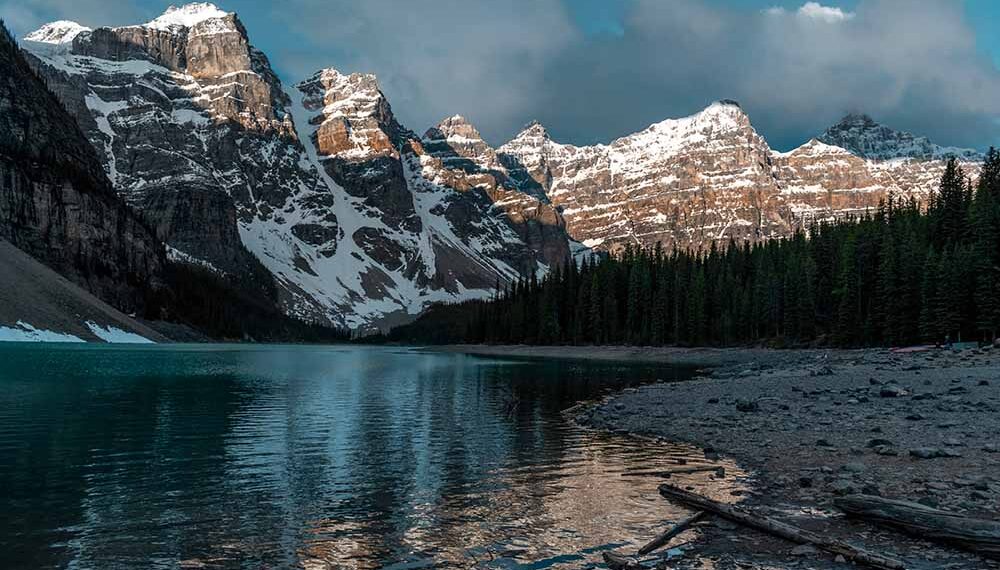 After a bleak week, the market roared higher. As the number of people vaccinated surpassed the number of people who contracted the disease, that is a bullish inflection. Every sector surged and commodities had a big week. The US Dollar was up slightly on the week, and there are some important resistance levels across the currencies. I covered those off on the video. Bitcoin wants to break out to new highs and sits just below resistance. The long bond yields are just short of 52-week highs after a big move up. The two year yields dropped, which is odd and we’ll keep watching for more information from the move down.

After almost every chart showed major cracks last week, this week was a full reversal of fortune. Sectors and industry groups roared. Liquid energy (Oil etc) blasted higher. Most of the commodities were running hard. Natural Gas, Oil, Uranium, Copper, Lithium and rare earths all made nice moves. The pop expected in silver/silver miners happened but quickly reversed as the reddit traders got beat up. I covered the precious metals on the video this week.

Crude oil made a new 52-week high. I continue to like the oil trade, and the associated oil companies will be rerated higher by the analyst community. As the revenue of higher oil prices starts to add up, these companies have lots of room to move higher in price. Natural Gas had a good week on the back of the cold weather enveloping North America and looks set up for another one. I also like the setup in the uranium complex as it looks strong. Cameco and the other names mining uranium, all had nice runs. It does not appear to be at the end of trade. The volume piling up is compelling.

Financials had a big week on the back of the move in yields. Technology moved up in line with the indexes, but there was a wide dispersion of performance. Google and Microsoft hit new highs, the others – NFLX, AAPL, AMZN, FB, TSLA – did not. The markets closed on new highs, so that is bullish. The last chart in the newsletter shows the market swinging higher, then lower the last five weeks. Will that trend continue?

Summary: I continue to like the commodity trades as that matches with the inflation the Fed is trying to create. America continues to do a great job rolling out the vaccines, whereas other nations are struggling. Canada is in the struggling category. The backdrop in the USA is bullish, as things are improving. It also sounds like more stimulus is coming.

To read the full article, click the link below… 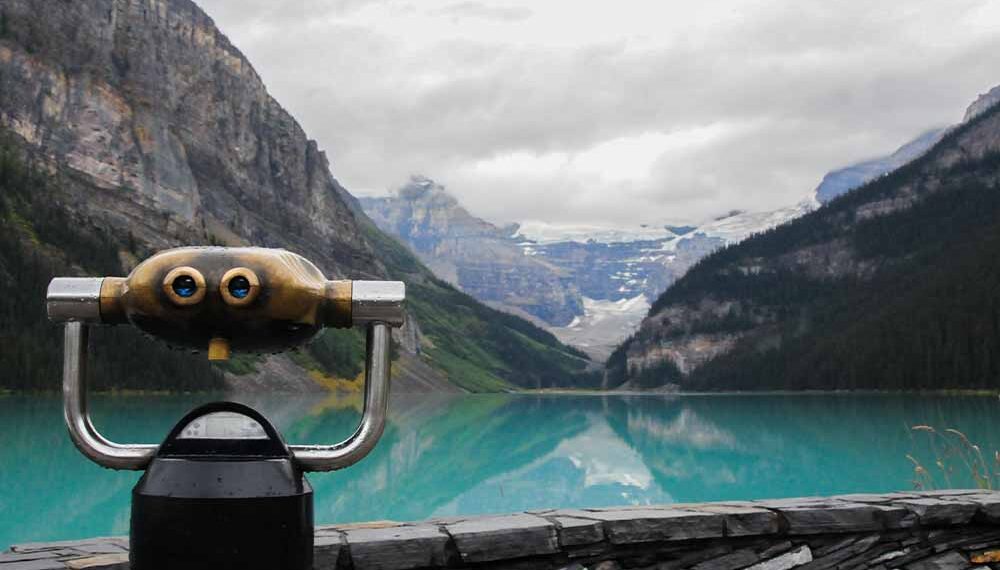 Stocks declined sharply for the week amid much higher volatility and trading volumes. On Wednesday equities posted their worst day since October 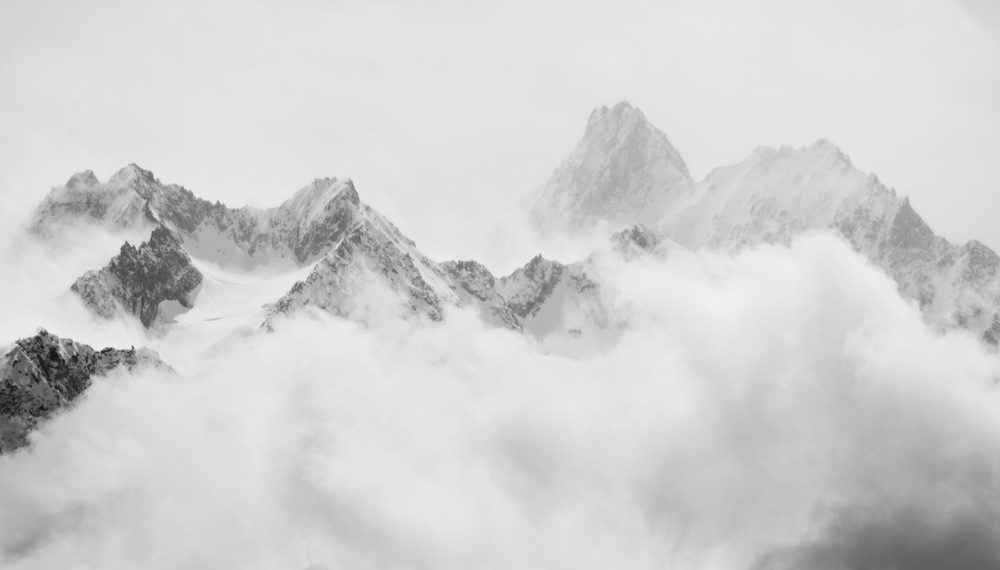 The market took a while to break down, but in it’s first week of correction we are already close to the levels when the early warning triggered from the SSIH. The market confirming the SSIH breaking down is comforting but not richly profitable. It’s avoiding the carnage. When the market keeps pushing higher as my strength indexes fall, it makes me ponder a lot more about my work. The 49% level last week looked terrible, only to watch the market make higher highs Monday. By weeks end, we wiped out all of the gains for 2021 and the group of charts I rely on confirmed the break. The SSIH data spoke as bluntly as the cowboy on a sunny day. “Careful. We’ve seen these storm clouds before, even though we are currently in the sun.”

Last week’s move into tech was short lived as big names that popped up, all pulled back. However Tesla, which marginally (2%) followed the big surge up the week of the 15th, dropped 13 % from an all time high ($900) this week. Tesla has been a market darling but it has a lot of weak attributes on the chart after a significant run. I have put a daily chart of Tesla in the newsletter, as the change of character on the chart suggests Monday’s high might be a significant high. I don’t own it so its easy for me to say. These story stocks can be good
indicators of major changes.

Anyone who had a great year in 2020 expects the good times to continue. The way I analyze data, I don’t see it being as smooth as that, but I do expect a big commodity run in 2021.

The index breakouts from around the world starting the month all failed by the end of the month. That is a daunting view of global weakness. The challenge is for the vaccine to get rolled out. While the US is vaccinating 1.25 Million a day, Canada has no vaccine available and it appears to be at least another 2 weeks for a minimal shipment. This will be the next area of concern, as some countries are vaccinating quite quickly while others have no access to vaccines. This drags out the recovery.

Summary: I will continue to protect capital. As the SSIH drops even lower, it validates my bias. We are now looking for the market to turn up as all three are below 25, but quite frankly, I expect it to take a little more time for the correction. I’ll move to shorter timeframe scans to help us find buyable dips like the early November low. Let’s hit the charts.